Will COVID-19 give KFC the chance to drop its slogan and “do the right thing”? 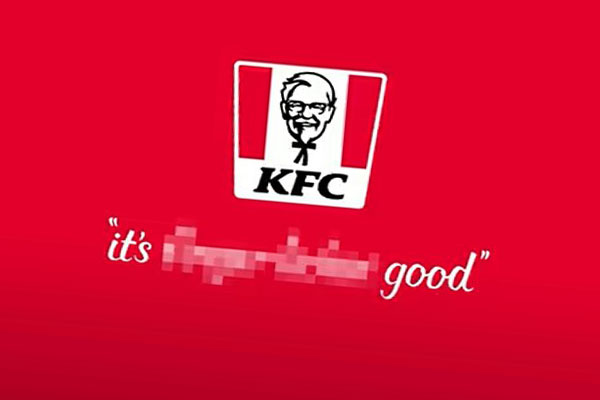 Late last month, venerable fast-food chain, KFC, announced it would temporarily drop “It’s Finger Lickin’ Good” slogan which it has used for the past six decades. The move comes as a company-wide response to the coronavirus health crisis. This made international news and was clearly calculated to garner the kind of press attention it did.

According to a KFC’s spokesperson, global chief marketing officer Catherine Tan-Gillespie, the plan is for the return of the slogan “when the time is right.”

“We find ourselves in a unique situation – having an iconic slogan that doesn’t quite fit in the current environment.”

According to an Associated Press story, KFC called its tagline “the most inappropriate slogan for 2020.” In fact, the finger-lickin’ slogan has caused concern since the pandemic began.

Complaints have flowed in to regulatory agencies – both in the US and abroad – because the slogan encouraged behavior that might increase the chances of COVID-19 spreading.

But while the slogan is dropped from ads, it still appears on the company’s packaging, restaurant signage and website.

This isn’t the first time KFC dropped the “finger lickin’ good” slogan. The company moved away from the tag line in the late 1990s but brought it back in 2008.

But does the latest decision by KFC give it an opportunity to reconsider their geriatric slogan in a whole new way?

So I have to ask if “finger lickin’ good” suffer a similar fate?

In fact, the entire business of selling fried chicken and other fast foods we associate with the south is steeped in racial stereotypes. It may not be as overt as a Brooklyn, NY restaurant named “Obama Fried Chicken” – but fried chicken franchises seem to hold a special place in the world of culinary racism.

As SLATE points out in the referenced article, fried chicken invokes images of poverty, ignorance, sloth and other racist associations:

“… fried chicken dishes were popular in slave homes on Southern plantations. In many cases, chickens were the only livestock animals that slaves were permitted to raise on their own.”

That may be, in part, why I think KFC’s decision to suspend their cliche (and, yes, racially stereotypical) slogan for public health reasons may give it an opportunity to permanently move on. KFC needs to create another catchphrase that evokes the benefit (great taste) without the cultural baggage.

In 1991, the chain changed their brand from “Kentucky Fried Chicken” to “KFC” – the reasons for which make for a fascinating read on its own. So maybe all KFC really needs to do is just create an abreviated version of their old slogan?

From my perspective, the result could be something more appropriate for a year filled with cultural and natural disasters:

KFC has over 22,000 outlets worldwide and is owned by Yum! Brands which also owns Pizza Hut and Taco Bell.

Our Most Recent Posts